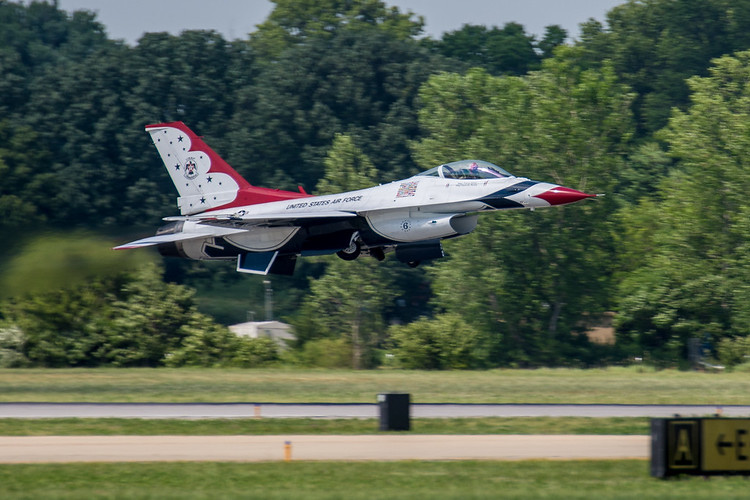 On the air intake on the bottom of this F-16 you will see the number 6. The Air Force Thunderbirds fly in a “five man” formation and take off that way. Plane 6 is the “missing man” and takes off alone. He briefly joins the other five to prepare for a fly-by of an airshow crowd. But briefly, just before the fly-by, #6 peels off from the group and never passes the crowd. This plane can be seen flying off in the distance and represents lost pilots and dignitaries from the past.

This plane is a F-16C Fighting Falcon and is seconds from taking off. You can see that the pilot lost no time getting his wheels up and is pushing the plane to catch up with the five planes that had taken off before him. The blur behind the plane is the the super heated exhaust coming out of the jet engine.